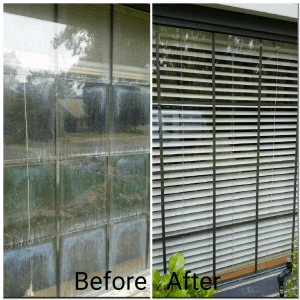 In very old houses you may still find single paned windows, but the most common windows now used in homes are multi-paned sealed windows.  Double and triple paned windows are made from two or three panes of glass held within an air-tight frame (in other words they are “sealed”).  When the seals fail in these windows, they become less effective as weather barriers.  But how do you know that these window seals have failed?

You can’t usually tell in the very beginning that a seal has started to fail.  The window panes can compensate for seal failure a bit.  But, eventually, you begin to see moisture or fogging in between the panes because the outside air is starting to leak in through the broken seal.  Over time this will get progressively worse, and will be particularly noticeable when the weather is bad.  If you try to wipe off foggy windows it may clear them off temporarily, but the fog will come back.  The further the problem progresses the harder it will be to wipe away the condensation and the longer it will remain fogged.  Eventually, dirt and mineral deposits will begin to build up under the condensation.